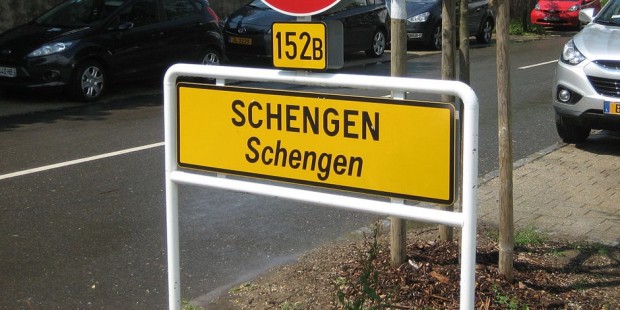 Let us return to the free movement of people

Presidents of associations, parliamentarians, citizens and militants of the European cause, we have in common a life built across several countries of the European Union. The free movement of people and free establishment in another country of the EU other than ours is our joint experience. It is also our shared history. In order to study, to work or to retire, we left one country to settle in another one. Some of us were also born in a country other than the one of which we are citizens. Our families are multicultural, our children and our grandchildren often have double or triple nationality. Our respective destinies have embraced progress towards the unification of Europe. Europe is a unique space for us, an invaluable area of freedom and mobility. It is a formidable achievement.

In March of this year, the Covid-19 pandemic brought Europe and the economy to a halt. Not only have the external borders of Europe closed but many internal borders followed suit too. While one would have thought that Europe would be resilient due to its 70-year heritage of ever stronger ties, reality unfortunately proved otherwise. National retreats behind borders prevailed, often in confusion. As European migrants, we experienced it bitterly. Couples living between two countries have been separated. Some children have not been able to see one of their parents since the internal borders closed. The same can be said of elderly parents and adults with disabilities who were denied family visits from other countries. Foreign students were left in limbo and unable to return home. Seasonal workers and jobseekers were deprived from income and exposed to homelessness. Frontier workers also suffered.

There is not yet a real Europe of health care and this will have to change in light of the circumstances. But there is a Europe of mobility which should not be sacrificed. While the free movement of goods has resumed after the most dramatic phase of the pandemic, the same cannot be said of the free movement of people. Internal borders remain closed and where they are not, restrictions on passage and controls imposed by national authorities constitute powerful obstacles to mobility. This raises the question of the very future of the Schengen area as bilateral discussions have been developing between Member States at the risk of fragmenting European mobility. It is imperative for the European Union to react. The free movement of people cannot become a lost objective in the post-Covid-19 era.

We call on the European Commission, the Member States and the European Parliament to restore the integrity of the Schengen area and to make it a top priority for the European Union. It is not acceptable that Member States should decide who they accept among EU citizens and de facto who they reject. The free movement of people is not just about the flow of tourists but first and foremost about family cross-border realities. We know these realities well because they are ours. Within our associations or in the various offices that we hold, we have helped over the last months many people in disarray because of this situation. In doing so, we have been able to witness on the ground how much the establishment of internal borders could be a source of profound injustice for many.

Our experience allows us to testify. We have to because what matters the most is to move on and bring about change. This is the meaning of this collective call to action. What is currently unfolding is anything but trivial. There are more than 18 million Europeans in the EU who live in another country than their country of citizenship. The Schengen area has been in force for 35 years. It certainly requires improvements and reforms but the free movement of people on which it was grounded remains its greatest asset and one the greatest achievements of Europe. Let us not let Schengen be undermined by the pandemic, fears and most probably some national controversies. Behind figures and borders, behind debates and quarrels, there are the lives and destinies of millions. This is a compelling reality. Let us return to the free movement of people!

Tweet
indulis June 22, 2020 News Comments Off on Let us return to the free movement of people
European Citizenship – what it gives you in addition to your national citizenship
Foundation for the Dutch Outside the Netherlands joins ETTW