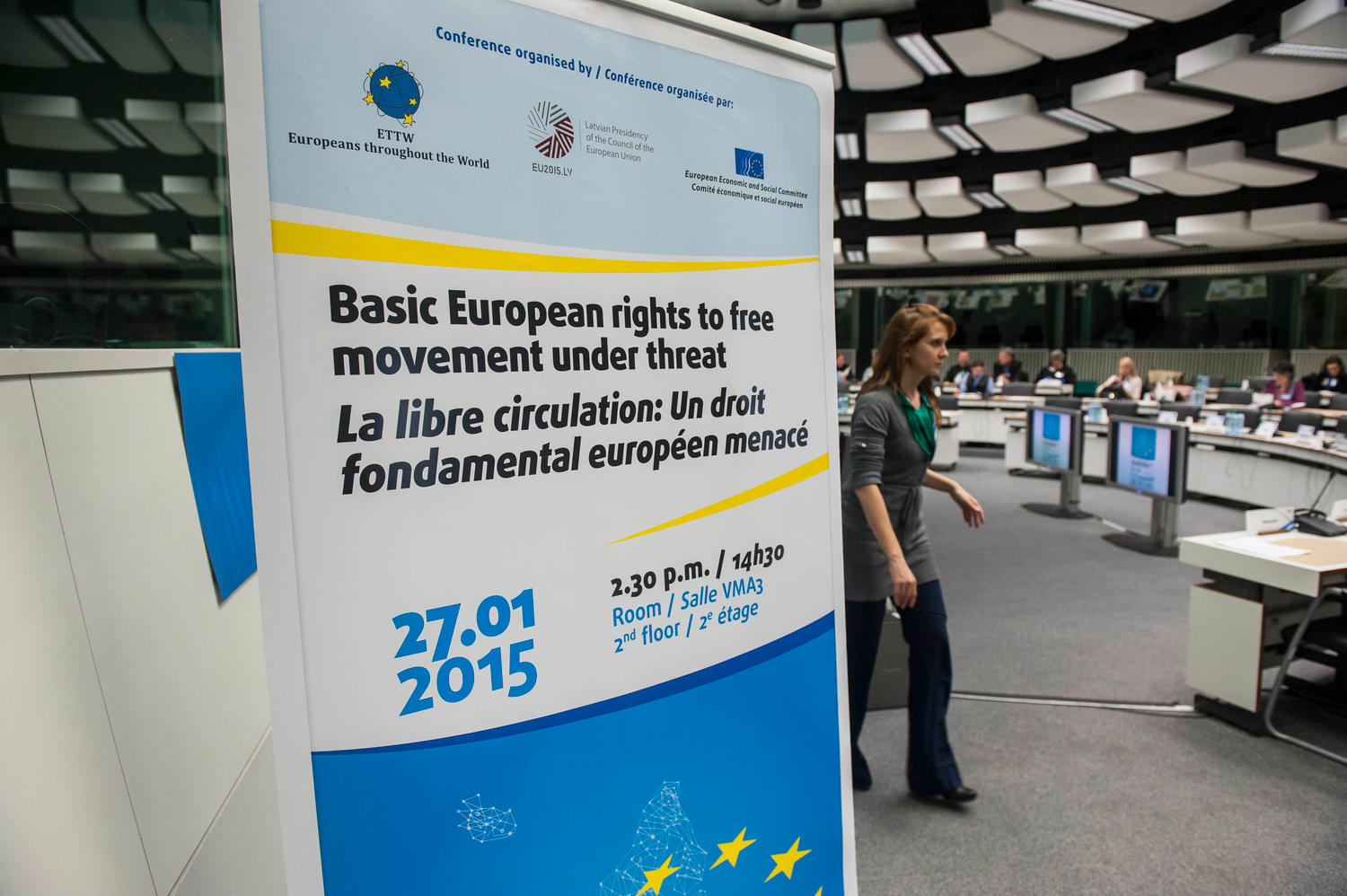 On 27 January 2015 the Latvian Presidency of the Council of the EU, the European Economic and Social Committee (EESC) and the Europeans Throughout The World (ETTW) jointly organised a conference entitled “Basic European Right to Free Movement Under Threat“. Despite being the EU’s most popular achievement, the right to free movement has faced increasing criticism from within the Union. Three panels at the event sought to clarify the upcoming political agenda, present evidence on the benefits and challenges in relation to free movement within the EU and counter the misperception of migration.

Currently around 80 million Europeans are on the move globally, 14 million of which inside the EU. These movers represent a poll for innovation, creativity and willingness to work hard. Therefore, any barrier to the mobility of Europeans is a lost benefit for European society.

The conference stressed the importance of preserving the rights of EU expatriates, such as the right to vote, to have multiple citizenships, and schooling facilities for children. Contrary to the myth of “welfare tourism”, it is a fact that EU migrants make a net-contribution to the economy of the host country and that they are more likely to be in employment than citizens of the host country.

A speaker at the event, Andris Gobiņš, EESC Member, highlighted that “without free movement, the EU would no longer be the same. Member States should refrain from the temptation to limit this right, even when facing times of economic crisis or security threats. We must move forward in order to progress, and not look backwards.”

Giving the keynote speech of the conference, Zanda Kalniņa-Lukaševica, Latvian Parliamentary State Secretary for EU Affairs, said “the Latvian Presidency wishes to stress the fundamental importance of free movement of workers to the Internal Market and to the construction of the European Union”.

Niels Jørgen Thøgersen, President of ETTW, pointed out that “the right of free movement is fundamental to secure valuable human capital. It is now being threatened both concretely and in the minds of the people. We must make sure that facts are properly laid down to show the economic advantages of European mobility but also to defend those facing problems when applying their right to move freely“. ETTW presented an “action kit” which included measures such as: sounder statistical evidence on migration flows, a more systematic approach to tackling cases of abuse, changing Directive 2004/38 on the right of EU citizens to move and reside freely into a Regulation, collective action by citizens groups, swifter enforcement procedures and the set-up of a free-movement solidarity fund.

The conclusions produced by the conference will serve as a basis for the high level conference in Riga on 11 and 12 May 2015, to be held under the auspices of the EU Council’s Latvian Presidency.