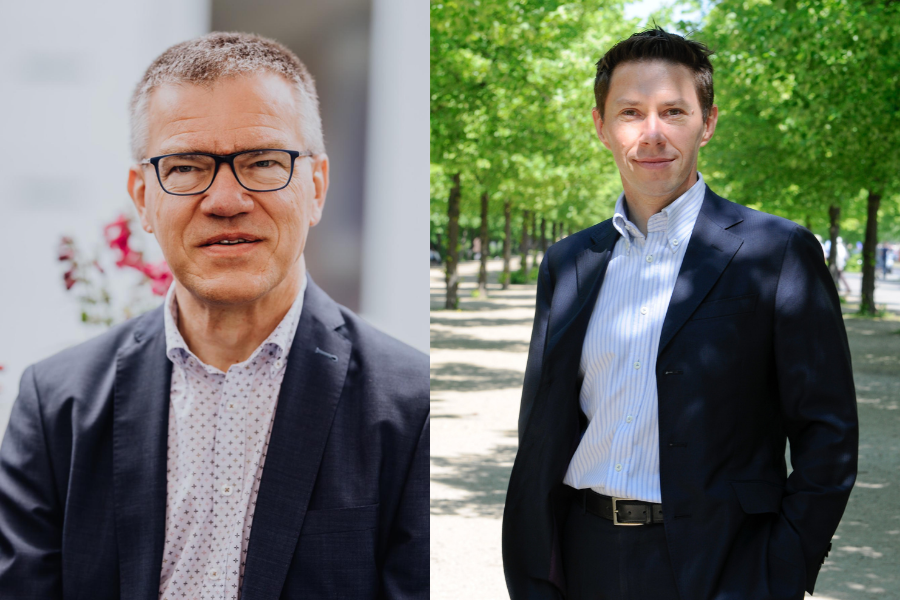 Steven Van Laer (°1960) has extensive knowledge of global mobility in all its aspects. Since the beginning of 2021, he is the chairman of Vlamingen in de Wereld (Flemish People in the World), the foundation that focuses on assisting (aspiring) emigrants who want to try their luck outside of Flanders. As a former partner within the international consultancy firm Ernst & Young (EY) Tax Consultants, he knows better than anyone the issues associated with a foreign experience, whether short or long-term. And as the father of a son who lives abroad, he also has a good view of the private migration issues.

Summary and Conclusions of the ETTW Board meeting May 2nd

After approving the summary of the February 15 meeting, the Board discussed the presentation of the pan-European movement VOLT by two representatives from different levels of VOLT’s political organization. The engaging contribution was generally seen as a confirmation in itself that the progressive, positivistic and pragmatic bottom-up approach is working.

It was agreed that the method could be recommended to diaspora groups everywhere. And that inviting similar or other diaspora relevant groups or movements to present alternative concepts and working methods at ETTW meetings was both useful, inspiring and positive.

In the following debate, discussing diaspora issues with national politicians before elections was proposed as a good way of engaging expats and at the same time single out the most important concerns of diaspora groups. As several national and local elections will be held in 2022 in the member states and regions, it was agreed to exchange typical topics and questions for these debates, identified by groups of expats, eventually via questionnaires. This year, special attention has been devoted to the French elections, and Pierre-Yves Le Borgn’ said he would present a debriefing at the next Board meeting in June.

Under the point Communications ETTW president, Pierre-Yves Le Borgn’, announced that he was stepping down from his post because of an immense workload in his present job, which made it impossible for him to simultaneously perform his duties as president.

The Board thanked Pierre-Yves for three years of good and inspiring leadership through a difficult and challenging time in a Europe, marked by crises, the pandemic and lately even war – conditions which have been especially difficult for the European diaspora.

The president of Vlamingen in de Wereld , Steven van Laer, will take over as interim president until a new president can be elected in September.

The Board member for Stichting Nederlanders Buiten Nederland Catherina Rinzema has been elected to the European Parliament. She’ll be replaced by Fieke van de Ven.

At the special Board meeting on the war in Ukraine on March 11 questions had been raised as to the possibility of ETTW engaging in partnership, membership or other kinds of cooperation with associations outside of the EU, the EEA and EFTA (the case of Ukraine). It was decided that an analysis should be made of these questions in connection with a necessary revision of the ETTW statutes to be made concerning some other more formal points and that options should be presented to the next Board meeting in June/July. Members’ contributions on these questions would be very welcome!

The webinar on Diaspora-friendly Media policy and practice on March 18 was a success both in terms of quality and the number of viewers following the seminar. This was no doubt due to the thorough preparation and presentation of the event, using a professional agency, and the fact that several members’ associations contributed by spreading the news about the webinar on their websites and social media.

As a follow-up to the webinar, it was recommended that ETTW draw up concrete policy proposals to the relevant EU institutions for measures in support of a joint European diaspora policy. We should also target support to media and platforms engaged in and delivering quality media content aimed at mobile Europeans. And finally it was proposed that the ETTW reach out in order to establish more structured partnerships with diaspora media outlets.

During the exchange of experience on the Corona crisis and the war in Ukraine of special relevance to European Diaspora groups and organizations (point 6) several members stressed that both crises have had serious consequences for EU citizens’ rights and that not least the free movement of citizens had suffered. At the same time the Corona restrictions which repeatedly violated these rights had been only partially lifted.

The serious situation in Thailand for citizens of several EU countries, mentioned at the last board meeting, was confirmed and members were asked to give concrete examples of this discrimination.

These concerns could be stressed in a letter, addressed to the President of the EC as the problems mentioned concern responsibilities both inside and outside the Union. A deadline was set at May 20 for reporting back to the secretariat.

It was agreed that the next Board meeting should be called before the summer break and dates (to be doodled) at the end of June and the beginning of July were mentioned. It was also agreed that this meeting should be a hybrid event, allowing members be physically present and for the first time in more than two years wish each other a good and peaceful summer. ViW has kindly offered to host the meeting.

Finally, President Le Borgn’ was thanked and saluted by everybody.

‘On behalf of the ETTW members and staff: Good luck, Pierre-Yves and thanks for your excellent and inspiring leadership in a very challenging period!‘